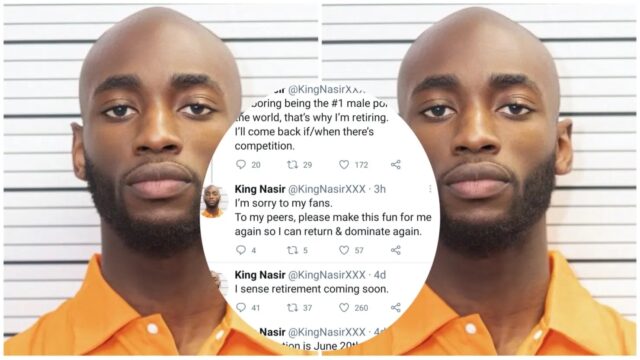 American p0rnstar, King Nasir has announced his retirement from the adult industry at age 24.

He made this known his twitter page giving his reason for retirement. According to him, its absolutely boring to be the number male p0rstar in the world. He said he will return into the adult industry when there’s a competition.

“It’s boring being the #1 male p0rnstar in the world, that’s why I am retiring. I’ll come back if/when there’s competition” he tweeted

Reading through the comments, the fans are not happy with his decision. They will miss him because of his aggressiveness, seriousness and comics he displays when acting.

ALSO READ Man bæten mercilessly after he was caught chøpp!ñg another man’s wife 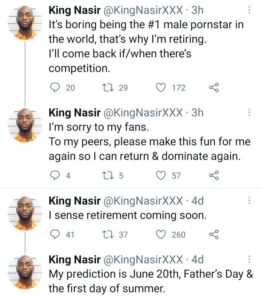