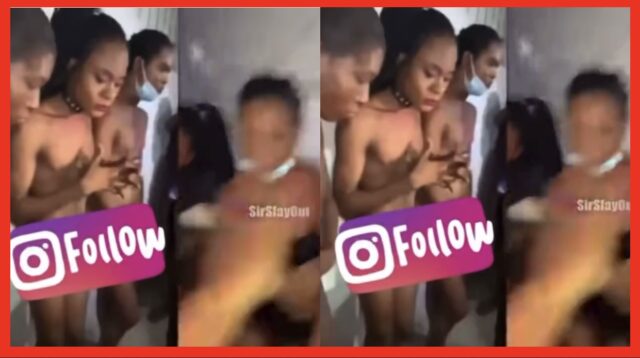 Three men has been caught and disgraced in a viral video by residents after they realized they are gays.

LGBTQI is a no go area in the African countries and anyone who’s found in such act are been treated anyway they want it.

Following this, some guys has caught and disgraced 3 men who were seen dressed like females.

We couldn’t identified the location but watching the video one could see the victims were treated like how they deceive.