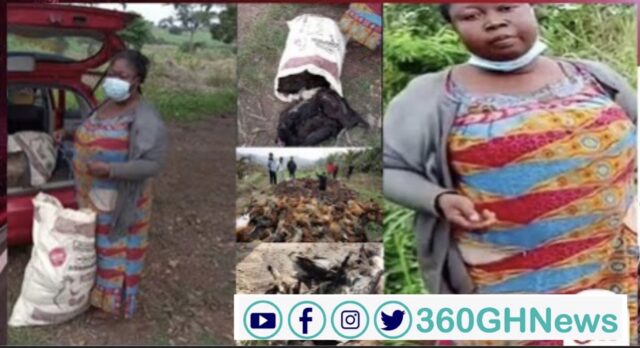 A 38 Year Old woman identified as Habiba Amadu is currently under the police custody for selling Dæd chicken for Ghanaians to consume.

This woman was caught by the help of a driver and she couldn’t defend herself because she was nabbed whiles in the act.

After her arręst at Mankranso, the police found out that she has packaged many of the which she was about to go and pick them when her driver arrive.

And already some of the meat has been sent to the market to sell and she was about to add up another one.