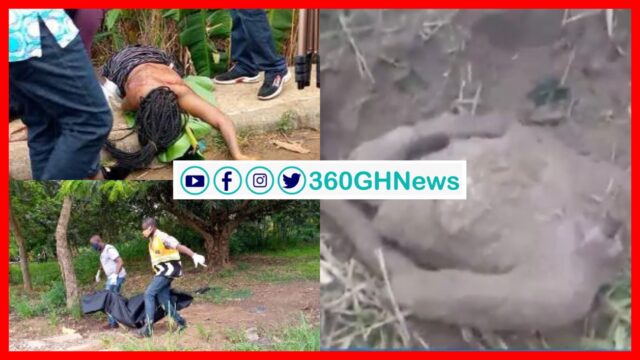 An old woman in her 60’s has met her untimely dęath on her way to her farm which made many people crÿ¡ng in her village.

Per the reports we gathered Yaa Badu Yaa is the name of the 68 year old Woman and she lives in a small village call Assin Breku in the Assin North constituency.

According to the family of the late Yaa Badu Yaa, she left home for farm 5 days ago and returned not so due to that the village committee decided to search for her.

During the search the saw a point in a bush which is being cleared and decided search that place.

They later find out that, the old woman has been k¡||ęd and buried, they also believed that some parts of her body was taken away because she was cut into 3 parts.