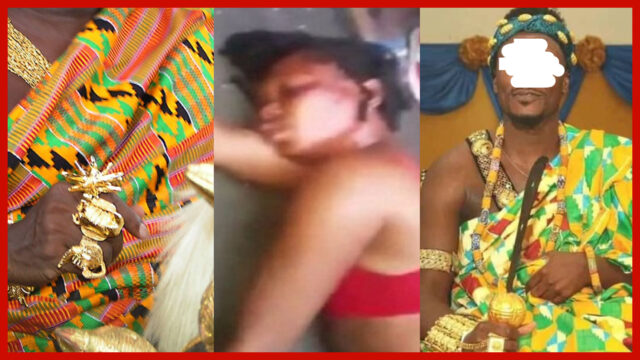 A king who’s name has been withheld for now has arręstęd for eating the one man’s food that belongs to his blood brother.

The woman returned from the kings palace asking for divorce and upon research it came out that, the king forced and chopped the woman when he called to plead her on his brother’s behave.

Due to fear and panic the woman wanted to k¡|| herself so that’s when she opened up that the king slępt with her and for that reason she can not marry her husband again.

As soon as the brother heard the news he ordered for the kings arręst and after his arręst he (king) begged for forgiveness and blamed satan for his act.

ALSO READ So S.âd; 24 Year Old Lady Who Was K¡||ed On Her Birthday Finally Bur¡ęd (video)