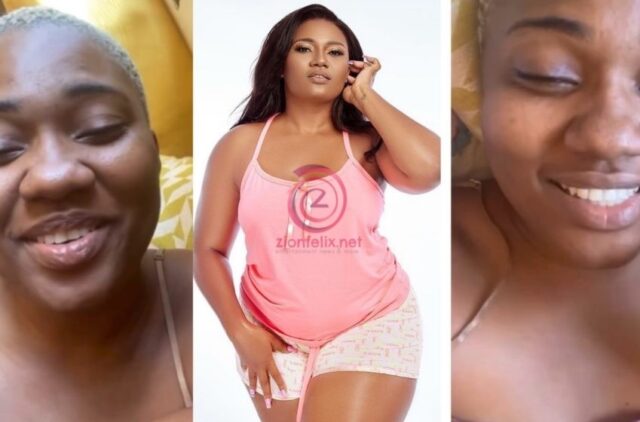 Social media sensation and mental health advocate, Nana Abena Korkor Addo seems to be having the best of her life now despite her recent challenges.

The beautiful young lady in a video sighted on her Instagram is seen acting very hyper as she talks about a supposed mind-blowing s3xu.al encounter she had few moments before she recorded the video.

Speaking while her eyes were turning like a stone rolling down a hill, Abena Korkor went ludicrous as she spoke about the good s3.x she had.

In the video, Abena Korkor described how fulfilling and great she was feeling because the man she supposedly did it with hit all the right spots. She is described s3.x as medicine and advised guys to make sure they please their women in b3d and not just chop them anyhow when they are having s3.x.