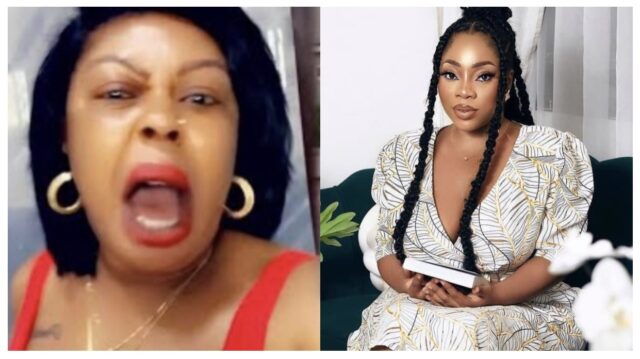 Ghanaian actress and entrepreneur Afia Schwarzenegger has finally stated in her new video what exactly is wrong with Moesha Boduong the current born again celebrity.

In the viral video sighted by 360ghnews.com, she said many people are now posting her pictures with prayer captions.

Again, she made it known that, the industry players are quizzing to know why she’s not saying anything about Moesha’s issue.

Afia Schwaznegger opened up that, her brothers and sisters in this industry are the cause of her m@dness.

According to her, many people including Akrobeto trolled and mocked her when she announced her repentance but they couldn’t give even a minute to her mêntâl health.