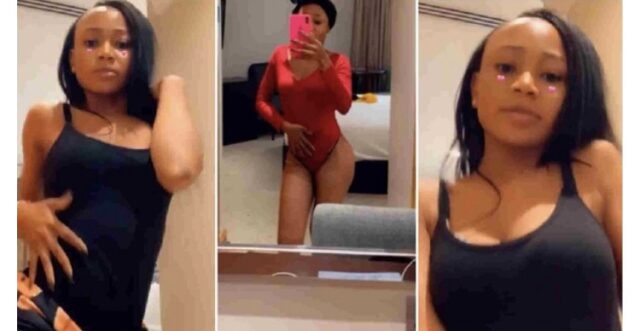 Video vixen and Instagram sensation, Rosemond Alade Brown better known as Akuapem Poloo has been trending tremendously for her bad and good deeds on social media.

Akuapem Poloo this year became a topic of discussion when she took a nv-de photo with her son on his birthday.

With regards to that, she was called by the Criminal Investigations Department of the Ghana Police Service for an investigation.

Well, come to think of it, Akuapem Poloo has never loose guard as she keeps on sharing videos on social media that will make her trend.

As such, we suggest she will never fade out on social media as she keeps on sharing such controversial videos.