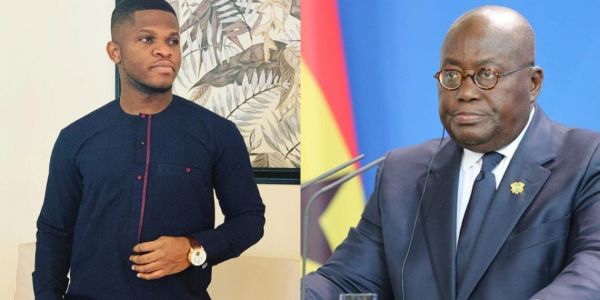 He has called on the president to stop what he describes as raping of the public purse. His comments come after Lawmaker for North Tongu Samuel Okudzeto Ablakwa has accused Mr Akufo-Addo of engaging in extravagant travels.

He said he has filed an urgent question in Parliament over the president’s travels. He alleged that Mr Akufo-Addo spent an amount of GHS 2.8 million on his recent travels to only South Africa and France using the services of a private jet.

“The Airbus ACJ320neo owned by Acropolis Aviation based in Farnborough, UK and registered as G-KELT, is the most luxurious and the most expensive in the Acropolis fleet. The manufacturers describe it as the most outstanding ambassador for Airbus Corporate Jets.” It costs the Ghanaian taxpayer approximately £15,000 an hour when President Akufo-Addo rents it”, he alleged in a post on Facebook.

Let’s further analyze President Akufo-Addo’s latest trip to Europe: per Flightradar24, the G-KELT aircraft left Accra with the President to Paris on the 16th of May — a 6 and half hour duration. Airlifted the President from Paris to Johannesburg for 11 hours on the 23rd of May.”

Adding his voice to this, Sammy Gyamfi said in a tweet that “Ghanaians can no longer finance the opulent lifestyle of  @NAkufoAddo who has chosen to live like a Russian oligarch in this difficult time of economic hardships, joblessness and hopelessness.

“Enough of the rape of the Public Purse.”

Meet the woman with 7 husbands and how she manage to sat!$fÿ them (video)