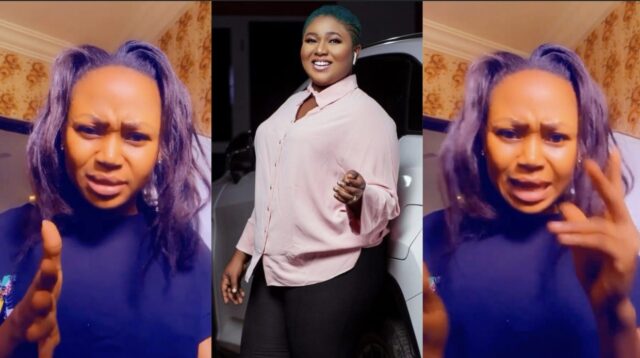 Xandy Kamel came live on Facebook and Instagram telling what she facing in her marriage with one of Angel fm’s sports journalist.

In one of the videos, Xandy Kamel made it clear that the husband is chæting on her with his ex and wanted to divorce.

Akuapem Poloo in her resent post on Instagram has advised Xandy Kamel not to leave the marriage for any reason.

She further on said that, if it about chæting and not abvse then Xandy Kamel shouldn’t leave her home or marriage.