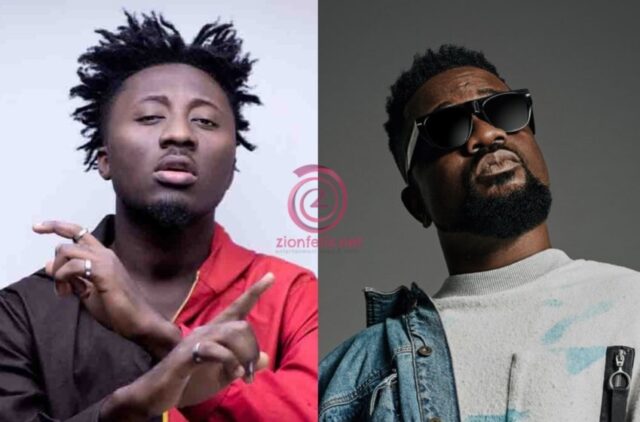 Talented Ghanaian rapper, Amerado angrily walked out of an interview today following the decision of the presenter to continually disturb him with questions about Sarkodie.

Even though Amerado was in the studios of Kingdom FM to promote his new titled “Me Ho Y3”, the host of the show, Londona insisted that he answered a question about Sarkodie.

According to Londona, there is a perception out there that Amerado has been copying the style of Africa’s most decorated rapper, Sarkodie and as such, he wanted him to set the records straight on the matter.

Despite all the effort of Amerado to put aside that question, insisting that it was high time young talents like himself are given the full attention instead of bringing the likes of Sarkodie in anytime they go for interviews, Londona will not understand.

In the end, the interview had to prematurely end because Amerado could not take it anymore and as such, he walked out.