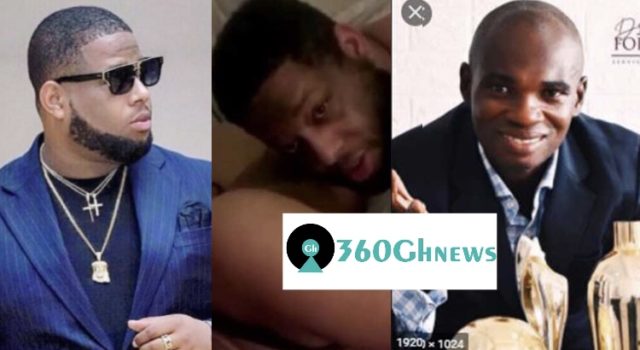 Dr. UN said this following D’Black’s Sekz tape which hit the internet not long ago which he (D’Black) never said anything about it.

According to Dr. UN in his latest interview which will be post below, the award they presented to D’Black is not an ordinary award and for that matter his leaked video will affect the award.

Dr. UN stated that it is either D’Black will come out and apologize to him and Ghanaian over his video or he will return the award if he feels bossy and doesn’t want to apologize.

ALSO READ Money won’t give you everlasting life neither will poverty do but work hard, pray for favour & succeed – Afia Schwarzenegger

‘You have discredited your honor because a week ago you were talking about this Dr. UN’s award and today a leaked video of you is out, and even the comments that will be thrown to us will be negative’ Dr. UN said.

If We’re Talking About Occult Grandmasters, Then My Father Was The Greatest- Duncan Williams Reveals

Dont Think Others Are Beautiful/ Handsome Than You, You Are A Beauty On It Own- Anita Akuffo

Watch What This Lady Is Doing

‘Salma Mumin is A Liar, She Should Apologise To Us Or...