Kwesi Arthur one of the dope musicians Ghana has ever produced has has lost one of his younger brothers.

He posted the photo which was In black and white on the story section with a caption “Rest Easy Ma Bro”.

As it stands we can’t tell as to whether the guy he has lost is his biological brother or just brother from another parents. 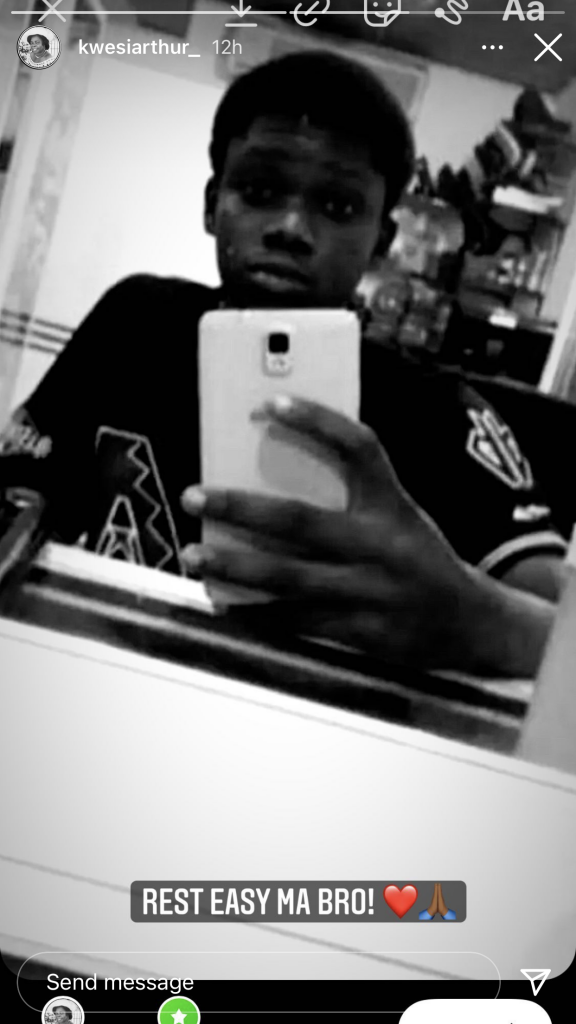 Yawa oooo; Man Angr¡ly Walks Away After His Girlfriend Accepted His Proposal And Slapp3d Him Out Of Joy (video)

I need a man to donate me his spęrm for my second child because I don’t want a baby daddy - Shatta Michy says.