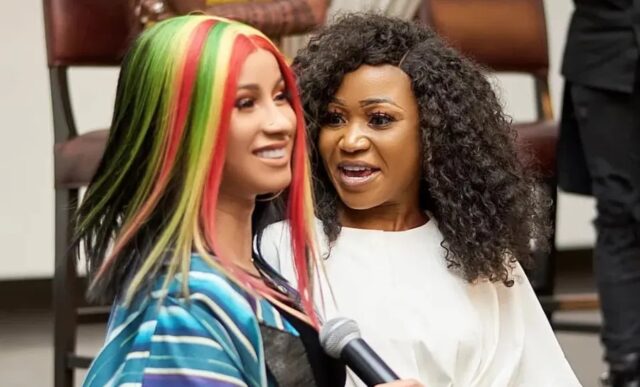 Black American song writer and musician Cardi B has finally pulled out what she has to say about her twin sister Akuapem Poloo’s 90 day’s imprisonment.

According to her in her latest Tweet, sentencing Akuapem Poloo 90 days is too hash because what she did is a normal thing.

She suggested that, instead of the court sentencing her they can rather punish her with some community work of banning her from social media for some time.