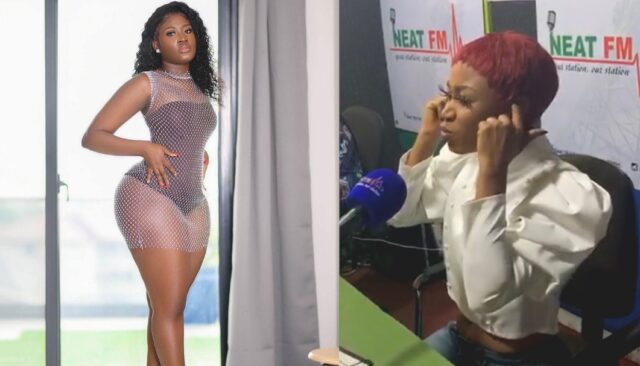 In what looks like a jab to Fella Makafui over her latest nʋde photo, Akuapem Poloo thinks the actress is imitating her.

Speaking on Neat Fm’s Entertainment GH, she revealed that she’s quit exposing her body but those who used to criticize her are now copying her old style.

According to Akuapem Poloo those imitating her should concentrate on their marriage and stop trying to compete with her.