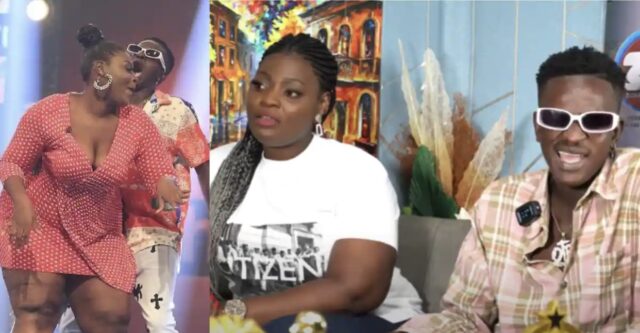 Shemima appeared on Date Rush on Sunday, May 17, 2021, and captivated everybody with her voluptuous look.

On top of that, Shemima surprised many by choosing the unassuming Ali as her preference for a date.

While she revealed a lot of things about herself on the show, Shemima did not mention that she was a mother.

But in an interview with Zionfelix TV which also had Ali on, Shemima disclosed that she has a son.

According to her, it was the birth of her six-year-old son that truncated her schooling. The revelation came as a shock to Ali whose facial expressions gave him away before he said he did not know that about Shemima.

In her defence, Shemima stated that Ali did not know because she did not disclose that information on the show.

She explained that she thought Ali would eventually get to know about her son while their relationship progressed.