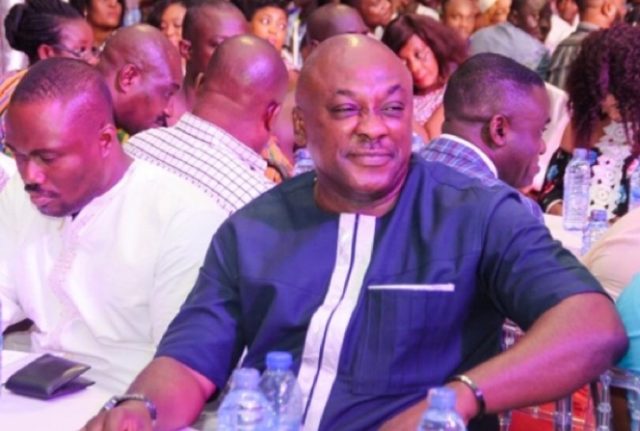 Deputy Trade and Industry Minister Kingsley Carlos Ahenkorah has admitted that he visited voter registration centres with full knowledge that he had tested positive for Covid-19.

However he sees nothing wrong with his actions.

Defending his conduct in an interview on Asempa FM, Mr. Ahenokorah, the MP for Tema West, claimed that he adhered to all the social distancing and health protocols, implying that he did not put anyone at risk. He said he felt he needed to show up in a public place with his Covid-19 status because he didn’t want his constituents to speculate on his absence at the start of the voter registration exercise.

In the interview he denied reports that he had been admitted to the intensive care unit of the Korle Bu Teaching Hospital with Covid-19 complications. He said he was only at the isolation centre for overnight observation but was never at the ICU.

He revealed that he was with in the same ward with the CEO of the Forestry Commission, Kwadwo Owusu Afriyie, when the former NPP General Secretary, popularly known as Sir John, succumbed to Covid-19 complications and died on Wednesday evening.

It was after the death of Sir John that news also broke that Mr. Ahenkorah was also at Korle Bu for treatment. As the story of Mr. Ahenkorah’s admission travelled farther footage was circulated on social media, showing the MP touring some voter registration centres on Tuesday. There was also footage of him shaking hands, hugging and dancing with supporters after winning the NPP Parliamentary Primaries in his constituency. Many have described his actions as reckless, going against almost everything the government, especially, the president has been advising Ghanaians to do to stem the spread of Covid-19.

But speaking on Asempa FM’s ‘Esosii Sen’ programme on Thursday, July 2, the deputy Trade Minister said he only “decided to just pass through to see how the centre was operating” on Tuesday.

In response to a question as to whether he was aware of his positive status, he said: “Oh yes of course. But it didn’t mean that I couldn’t go out. Because my test results came out last week and according to my health directors, I could step out after one week. I only had to be careful about my social distancing and not touch anybody and so on.”

Carlos Ahenkorah further explained that if he had not decided to step out on the first day of the voter registration, it would have given room for needless speculations about his whereabouts.

“If I decided not to give the people that kind of appearance, people would be wondering where their MP is,” he claimed. “But I can assure you that I am a very careful person and I was very careful about it.”

He also described as ‘speculative’ any attempts to link the recent spike in Covid-19 cases in the country to the recent NPP Parliamentary Primaries.

Also on the show, the Tema West MP detailed the final moments of the life of the former CEO of the Forestry Commission, Sir John. He disclosed that Sir John was in a hearty mood, looking forward to his discharge when he suddenly slumped in his bed and died – just moments after they had been served supper.

Also in the ward with them was the governing party’s campaign manager, Peter Mac Manu.

“I was given my food at about 8 pm. Sir John was next. Suddenly he fell back onto his bed. They [nurses] tried everything they could. He never woke up,” he said. “He didn’t have to die.”