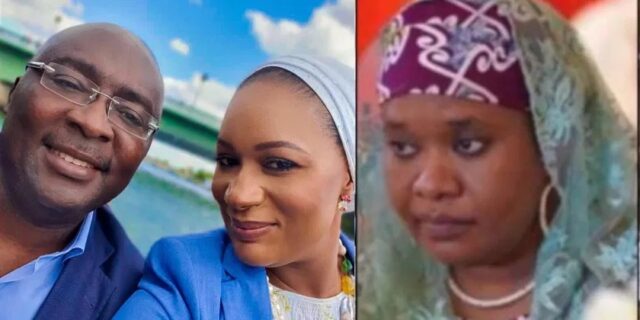 The office of the Vice President Mahamudu Bawumia has come out to deny multiple reports that he has a senior wife called Ramatu Bawumia.

In a press statement signed by Gideon Boako, Ph.D. Spokesperson to the Vice President, Bawumia said he has never met this purported Ramatu before not to talk of marrying her.

The press release states that Samira Bawumia is the only wife of the veep and that they’ve been together for 17 years now.

Read the press statement below

For the avoidance of doubt, the Vice- President has only one wife, his dear Samoa Bawumia and they have been married for 17 years even though his religion permits him to marry up to four wives.

We ask the public to ignore the propaganda and deliberate falsehood.