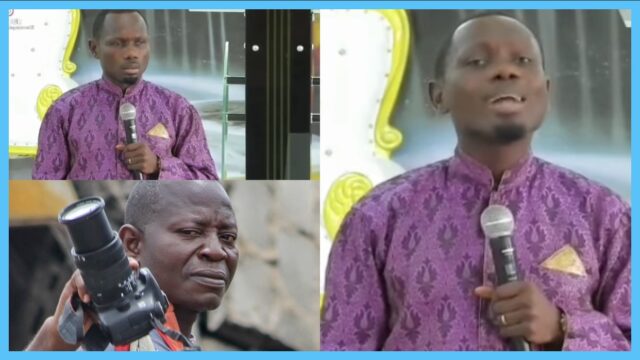 A head pastor of a church who’s identity has not been revealed was captured on a national television disgracing his cameraman.

The man of God who was identified as the head pastor of that church was preaching to the members in his church.

All of a sudden, the cameraman closed the door so he could get the his recordings and pictures clearly.

The man of God after noticing the church has become dark asked who closed the door and the cameraman pointed himself out of that the pastor disgraced him.