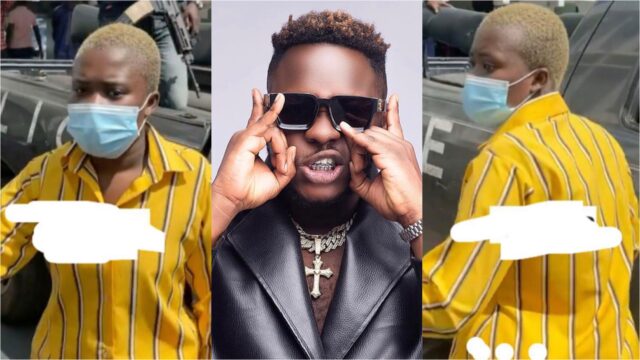 Fella Makafui could not hold back her tears when the trial of her rapper husband Medikal commenced at the Accra Circuit Court.

The actress broke down throughout the session when Medikal stood in the box and was interrogated about his decision to brandish a gun on social media.

The tears, wailings and yelps came to a climax when the court asked Medikal to be remanded into police custody for 5 days. Medikal’s mother who was also present in court, could not hold back her tears, as she wailed uncontrollably.

Fella Makafui went close to the police pickup car and passed on an item to her husband after he was readying to be whisked away.