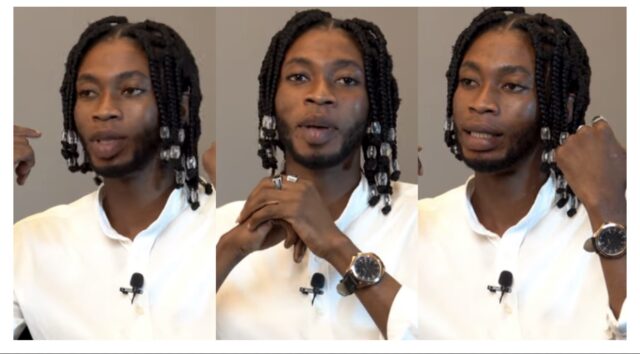 Date Rush male contestant Rockson has revealed that a lot of gays are after him thinking he is a homosēxūal.

In his latest interview with celebrity Blogger Zion Felix, his way of look made Zion to ask him many questions.

He was asked in the interview as to whether he is gay and he said no but admitted that many gays has approached him several times.

Rockson added that, way back in jhs his friends were complaining about his lifestyle because he was then doing everything like a female.

He further sent a signal to those coming to him for relationship to put a stop to that because he’s not ready to practice homosēxūal.