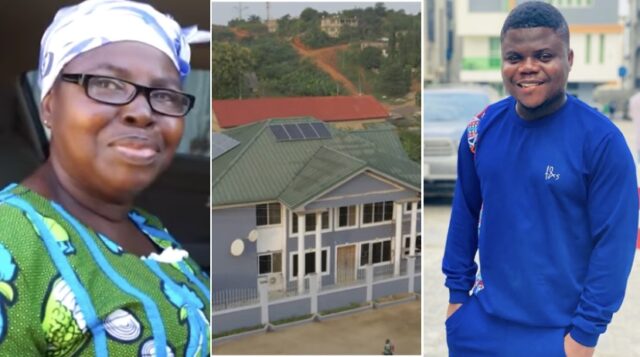 Controversial Ghanaian YouTuber who has changed the negative mind of many white people and the African diaspora  “Woda Maya” has hit 700k subscribers on YouTube and has renovated his mum’s house.

The main aim of Woda Maya like told you earlier on is to change the negative views some people have about African especially the African diaspora and the westerners.

Woda Maya hit 700k subscribers not long ago when vlogging in Nigeria and many people including myself celebrated him because we know he has done much for Africans and Africa as a continent.

Well, following her latest video in his YouTube channel, he was seen renovating his mum’s house, installing for her brand new solar AC.

ALSO READ SHS lady nearly l0st her life in pool after many guys tries to f!ng£r her (video)

Many people congratulated him for showing his mother such love.

In the video the controversial YouTuber said it clear that what he is doing for his mother is that he benefits from being a YouTuber.