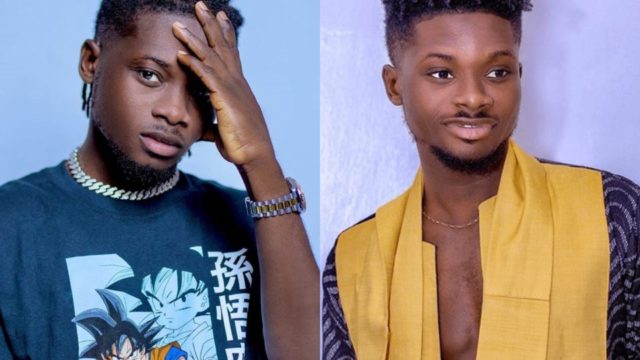 The current artiste of the year title holder Kuami Eugene of Lynx Entertainment has descended heavily on Ghanaian following their comments on last and this year’s Vodafone Ghana Music Awards.

After he was called to handle the artiste of the year’s title a lot of netizens and celebrities disagreed with that conclusion from Charter house.

Celebrities including Afia Schwarzenegger and Guru posted videos and tweets concerning the title which was handled out to Kuami Eugene.

Well, according to some Ghanaians, Kuami Eugene was supposed to be the artiste of the year in last year but not this year because they believe Kuami Eugene did put much effort in the music industry this year.

Following this comments form Ghanaians, Kuami Eugene said it clear when he was speaking on issues that Ghanaians are hypocrite for not voicing out at the moment they felt he deserved the artiste of the year in last year.

“So they watched the last year VGMA go away knowing I deserved it and nobody talked about it? Wow, you see how human beings are? Everybody stood mute and couldn’t have said this thing was for Kuami Eugene? Nobody said it. Now I have it and they are saying it should’ve been last year? That’s Hypocrisy.” he said.