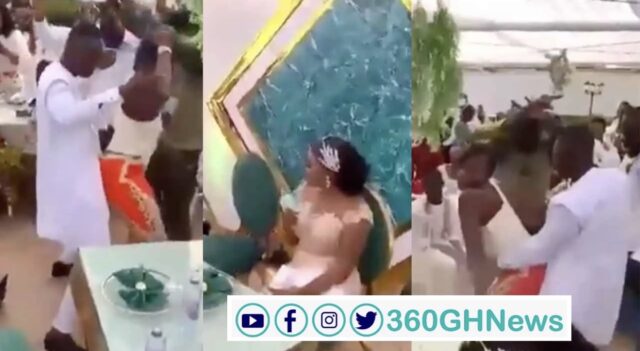 A newly-wed bride was left in shock after her husband left her to seductively dance with a guest at their wedding reception.

In a video that has been widely circulated, the groom abandoned his wife and decided to clutch to the backside of a guest who was dancing next to them.

According to the video, the groom was having a good time, grinding the backside of the guest while his wife looked on.

With no regard for his wife, the groom held on to the backside of the guest while dancing as his friends cheered on.

The look on the bride’s face expressed disappointment while she looked at her husband smooching the backside of a guest at their wedding reception.