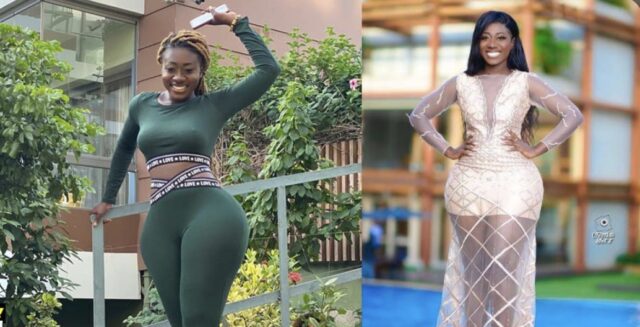 Ghanaian slay queen, Hajia Bintu has been exposed in a latest trending gossip.

The well endowed video vixen has been accused of defrauding a notable Ghanaian MP.

According to a Snapchat user Arrogant Prickk who has run riot on social media dropping gist, Hajia Bintu has allegedly defrauded an MP.

She noted that Hajia took some money from the MP with the promise to pimp slay queens to him but she has defaulted.

Check out the screenshot below;