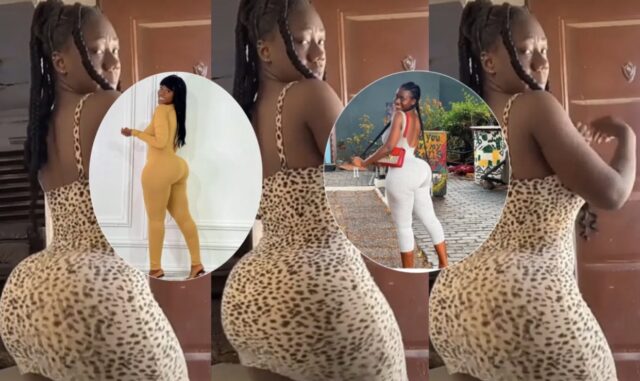 Instagram and Ticktok influencer, Hajai Bintu has once again served her fans with dance moves making some fans go “gaga” and yearn for more.

In a new video posted on her IG page, the heavily endowed and well sh@ped lady displayed her dancing skills shaking her heavy tundra as she usually does.

Hajai Bintu became famous after her videos and picture went viral because of her cvrvaceous body and well packaged b@ckside. Dancehall King, Shatta Wale even composed a song for her titled “Hajai Bintu” which she was featured in the video to shake her God given backside