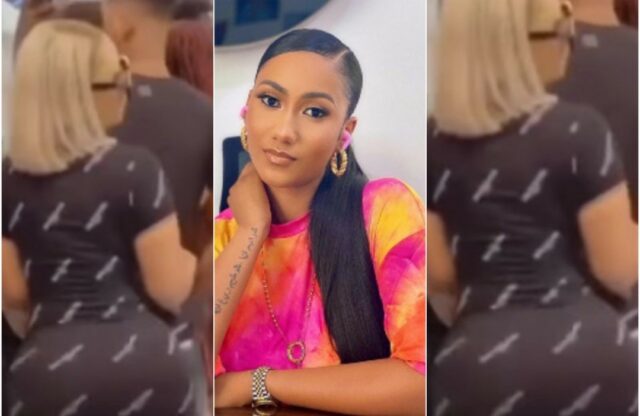 Hajia4Real instantly altered her mood from a buoyant one to anger in a matter of seconds after a guy decided to trespass her nyash territory.

The mother of one who recently transitioned from an Instagram celeb into a songstress which she hopes to sustain by dropping banging tunes was spotted in an unnamed club having fun, punctuated by the bouncing of her buttocks.

Just then one guy emerged from nowhere and decided to grind her from behind but she gave him a stern look that stopped him in his tracks abruptly.