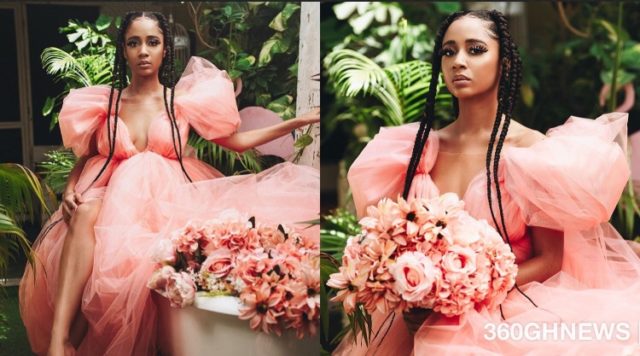 Well known Ghanaian musician and photo model Sister Derby has set fire on the internet with her hot pictures as she turned 36 years today 25the of August 2020.

ALSO READ All the female artiste that came after Ebony including myself , should be thankful to her – Wendy Shay

Deborah Owusu-Bonsu (born 25 August 1984) is a Ghanaian television presenter, … Owusu- Bonsu is the sister of popular hip life musician Wanlov the Kubolor who starred in the film Coz Ov Moni.

Sister Derby has gone into a lot of relationships but the one we can talk about is her relationship with Arab Money Gang member Medikal.

Their relationship failed due to how some critics where saying about them and according the critics Sister Derby is older than Medikal and a whole lot.

As part of the celebration, Sister Derby posted pictures on her Instagram page wishing herself a happy birthday as well as some of her followers.

In the pictures Sister Derby posted on her Instagram page she boldly opened up that this is in her 30’s.