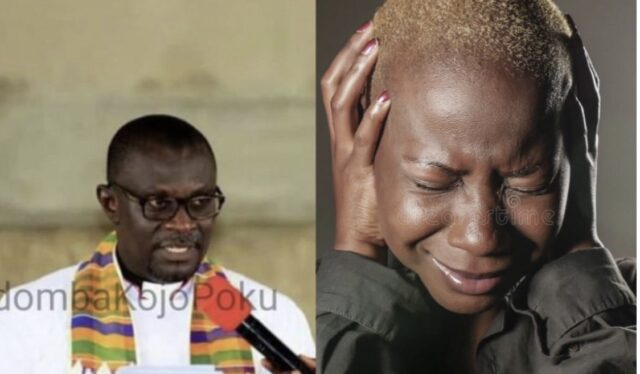 The trending immediate former Anglican Priest Of St. Monica College of Education, Balthazar Obeng Larbi is in hot soup after a video of him k¡ssing a student on the alter surfaced online.

He has been a thread since when the video hit online which Ghanaians find unpleasant and abusive to the students. The Anglican Church under 24-hours sacked the Priest.

However, the third girl who received the kiss in the video has reacted to how she felt after the Priest gave her the “Holy K¡ss”.