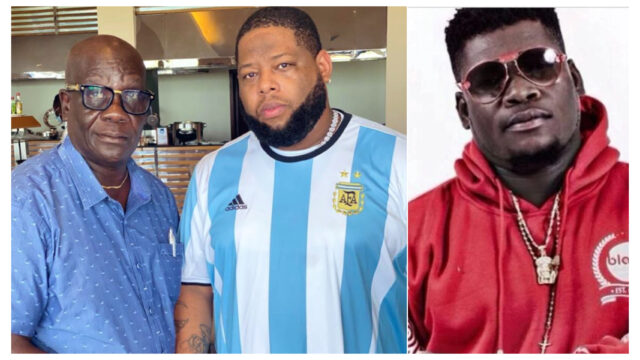 The black avenue muzik boss D’Black has released some photos he was seen having good time with Castro’s father 7 solid years after his disappearance.

D’Black was seen in some photos that’s making waves on the internet hanging out with the father of our only castro having good time.

He shared those pictures on his photo sharing platform twitter with a caption telling how he felt after setting eye on him.

According to him in the caption under the photos on his twitter page, he was very happy for meeting Castro’s father.

15-year-old Girl Dies While Having S.ekz With Her 26Year Old Lover In A Parked Car at Night.