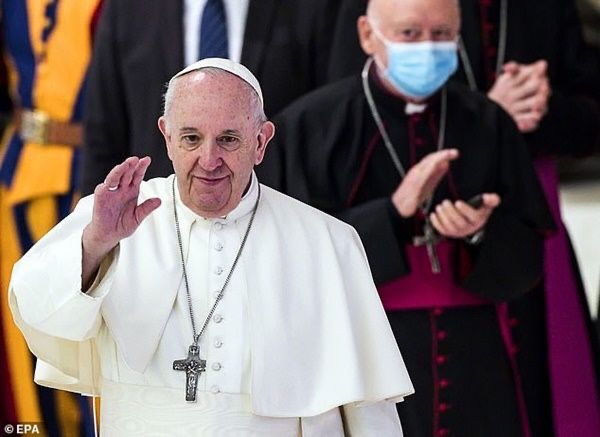 Pope Francis has endorsed same-sekz civil unions for the first time since taking the papal role.  The approval came midway through a feature-length documentary, titled Francesco, which had its premiere at the Rome Film Festival earlier today.

The film delves into issues Francis cares about most, including the environment, poverty, migration, racial and income inequality, and the people most affected by discrimination. ‘Homosekzual people have the right to be in a family. They are children of God. Nobody should be thrown out or be made miserable over it,’ Francis said in one of his sit-down interviews for the film.

‘What we have to have is a civil union law; that way they are legally covered.’

I’m now single, bad, rich and also do the controlling myself – Cardi B says after her divorce divorce

TikTok and WeChat: US to ban app downloads in 48 hours

See what we found these two SHS students doing secretly in...