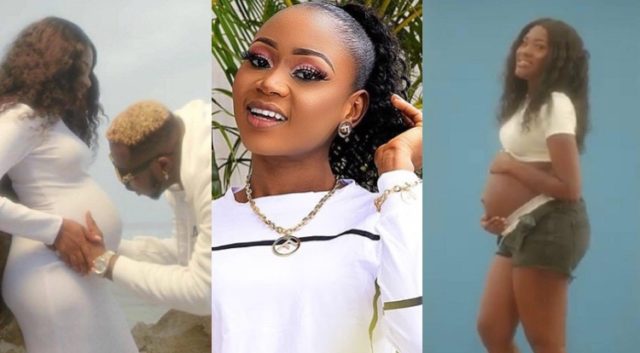 Self acclaimed queen of drama Akuapem Poloo has descended heavily on Fella Makafui after her pregnancy pictures popped up.

Akuapem Poloo and Xandy Kamel Live on radio revealed that Fella Makafui forced Medikal to marry her because she was pregnant but most people never believed.

Well, Fella Makafui and Medikal a couple of hours ago posted pictures of themselves on their social media platforms whiles Fella Makafui was pregnant.

Akuapem Poloo then took to her Instagram page jubilating because she felt she never lied about what she said about Fella Makafui sometime ago.

“The feeling when you get to know all you said was true 😂Lol now put some respect on my name whenever I talk just believe it oo how can you use pregnancy to capture a man to marry you 😳😳😳😂 you all see? How many months now that they got married foolishness I’m home come and beat me🤸🤸🤸🤣🤦” she wrote.