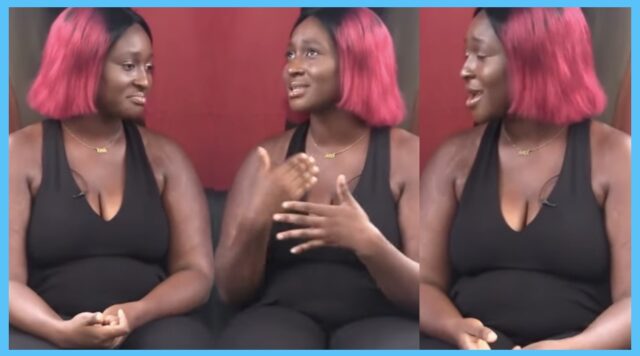 A nice looking lady has narrated how she allowed another guy to æt her just because her boyfriend chæt{d on her.

The lady was speaking to SVTV AFRICA a couple of hours ago which many people got surprised.

According to her during the interview, she noticed a lady was interested in her guy so she confronted him that the lady.

Her guy assured her to stay calm because he has also noticed that and nothing is going to happen.

To cut everything short, the lady was admitted to the hospital and her guy used that as advantage to go out with the other lady.

After the narrator find out about what the boyfriend did, she also allow a different guy she met just a day to ch(•)p her to get back on her boyfriend.