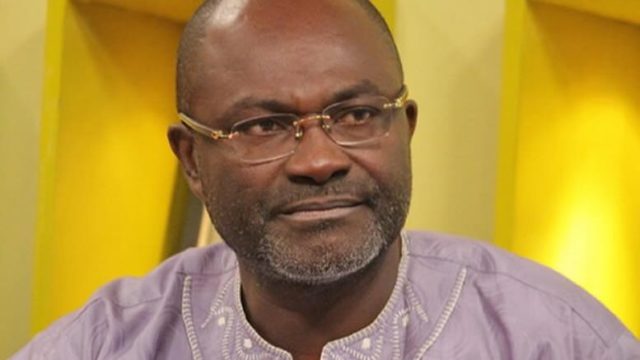 The MP for Assin Central, Kennedy Agyapong says he tested positive for Covid-19 after his 60th birthday celebration on Tuesday, June 16, 2020.

Narrating his near-death experience to Adom News, the outspoken MP said he lost weight drastically and had to self-isolate for weeks.

“It was after my 60th birthday party which I resisted so much and it exposed me to people who had already tested positive. “I dined with them and even for some people, they did not even have their nose masks on while others had theirs down the chin,” he said.

“For over two weeks I was in quarantine; my nose was blocked and my bed was as if water had been poured on it coupled with a fever and within five days, I had lost weight drastically,” he recounted.

Mr. Agyapong in a video that was circulating on social media, was seen seated around a table with his family and friends in a hearty chat during his birthday celebration.

His party was crowned with a toast proposed by former Chief Executive Officer (CEO) of the Ghana Maritime Authority, Kwame Owusu who got the crowd laughing and applauding.

The video got many social media users talking as most observers expressed worry over the total disregard for the social distancing protocols.

While some of the guests at the party, did not have face masks on, other who did had it placed under their chin instead of over the nose and mouth. But cautioning Ghanaians of the dangers of this act, the business mogul said the virus is real hence all laid down protocols to curb it must be strictly adhered to.

“I have recovered now and not shy to talk about it because I am a testimony but the disease is so real and we don’t have to joke with it,” Mr. Agyapong urged.