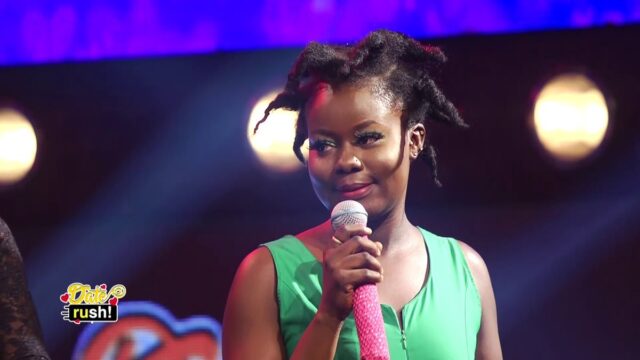 Underground dancehall artiste Fatimah who got her fame from Tv3 reality show Date Rush has revealed she wasn’t interested in partaking in the Date Rush show.

According to her in her latest interview with Delay, a spirit she doesn’t know pushed her to participate in the reality show.

She told Delay that, although she wasn’t interested in it but as soon as the spirit spoke to her about it she developed interest in it.