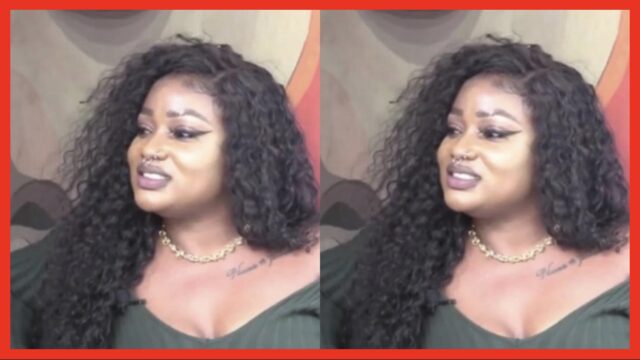 Up and coming actress, Dorothy Agyeiwaa has disclosed that she did not want to be around her children and even thought of selling them due to depression.

Speaking with SVTV Africa’s DJ Nyaami, Dorothy indicated that after her relationship with her kids’ father ended, he was not responsible for the children. As a result, she became depressed and left the country.

”I didn’t want to see my children. I even felt like selling them because their father had left and was not speaking to me or the kids. So I left them with my mother and travelled to Nigeria. I was there for about three months,” the mother of two revealed.

According to her, leaving the country was a good decision because she came back fully prepared to begin a new life after her relationship of over five years.

Even though she is single currently, Dorothy indicated that she has had her fair share of bad relationships and hopes to settle with an elderly man.

Kindly watch the full interview below;