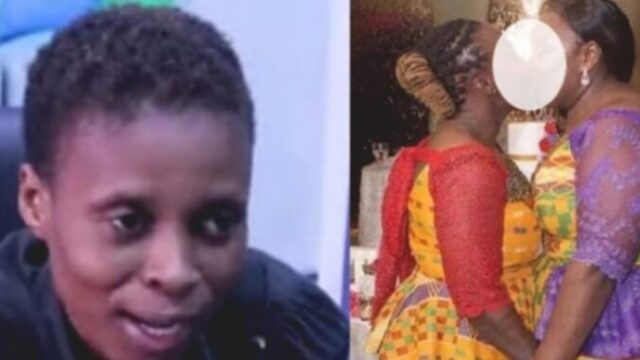 It will shock you to know that Sister Adwoa Dela has shared her story of how she became a lesbian at the age of 15.

Revelation which will not go down well with many Ghanaians, as it is one of the topical issues in the Country.

Sister Dela who is now a repented person, shared her story of over 20 years as a lesbian on the Heaven & Hell show on Agyenkwa Fm.

Report says while speaking to Evangelist Awusi, Sister Dela revealed that she had her first lesbianism intercourse in the year 1995 whiles home awaiting BECE results.

Because of the gifts she used to buy for her, they developed some serious bond and one day in the girl’s home whiles her parents were at work, she kissed her and everything started.

They started doing it often till her BECE results came and she went to SSS as a full time lesbian as it was an All girls school.