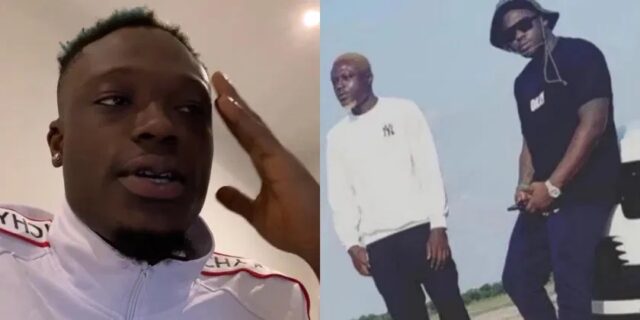 Amotia Gang CEO, Okese1 has addressed the public on the record label he belongs to and how people should see him.

When he started making waves, we saw him with Medikal so a lot of people concluded that he’s a member of AMG Business.

Contrary to the popular opinion held by many, Okese1 has come out to say he’s not under anybody and that he has his own movement called, Amotia gang.

Okese1 didn’t mention anyone’s name but his descriptions and choice of words indicate that he’s referring to no other person than Medikal.