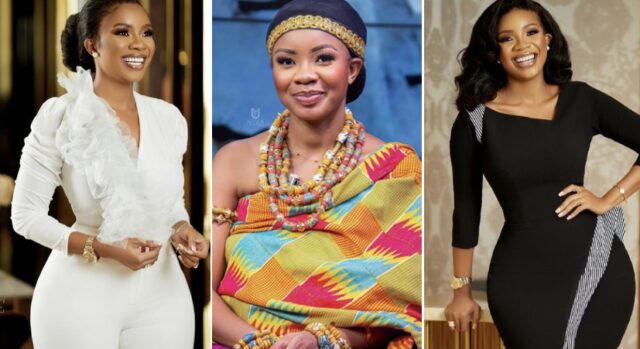 However, Serwaa Amihere has sparked massive stir, debates and arguments across on social media platforms after posting a list of the pride price she would want in case anyone was interested in marrying her.

Even though the list of items she posted weren’t known to be exact, Serwaa has caused lots of reactions online as Ghanaians and most of her fans and followers expressed their thoughts regarding her recent post on her social media page.

Below is a look at the list of items Serwaa Amihere posted that has caused massive stir online. 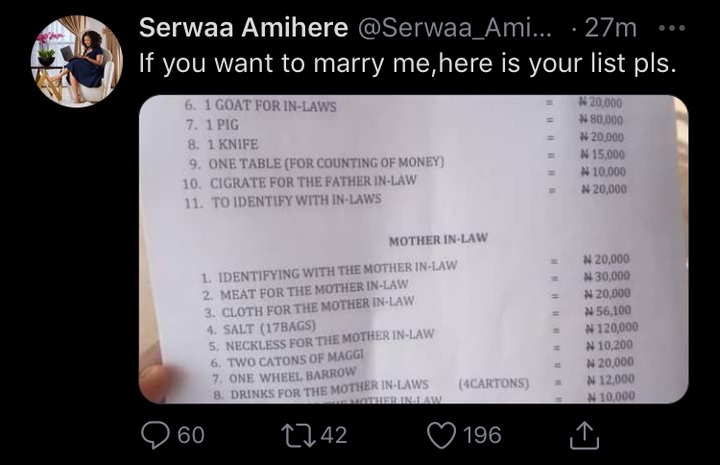 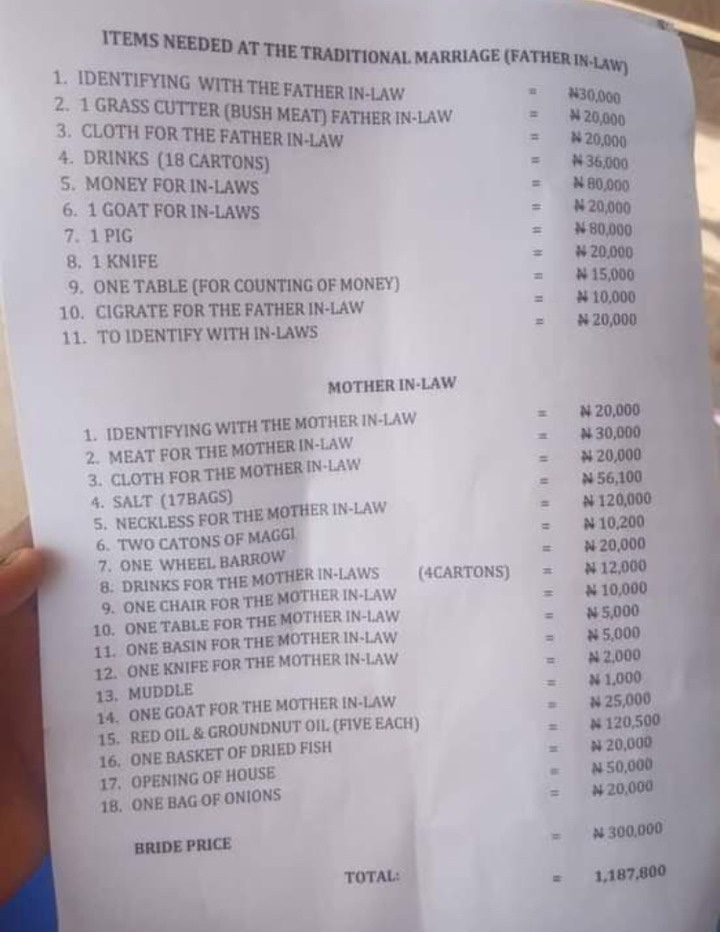