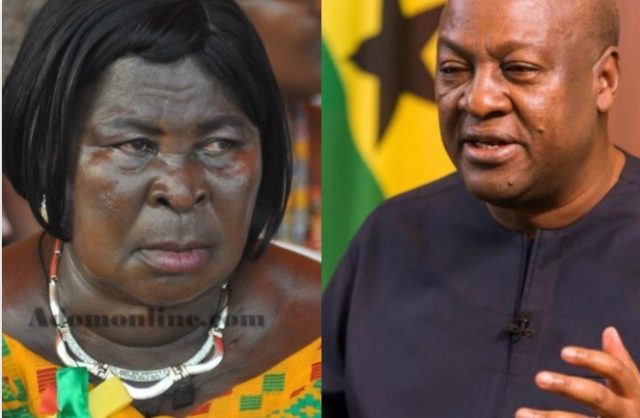 The founder and leader of the Ghana Freedom Party (GFP), Madam Akua Donkor has alleged that former President, John Mahama stole her pot of gold in 2016, 360ghnews.com reports.

In an exclusive interview on WONTUMI FM’s political show just this morning, the female politician asserted that she gave a pot of gold to John Mahama to build a house for her in 2016 but she has received neither the house nor the pot of gold back.

As boldly claimed by Madam Akua Donkor, John Mahama is a thief and a bigtime trickster because her friendship with him ended on a bad note which is thievery.

Madam Akua Donkor further tagged, John Mahama is the ‘Papa No’ claiming she has more than enough evidence to prove that the 2020 flagbearer of the NDC is the man Mzbel and Tracy Boakye has been fighting over.