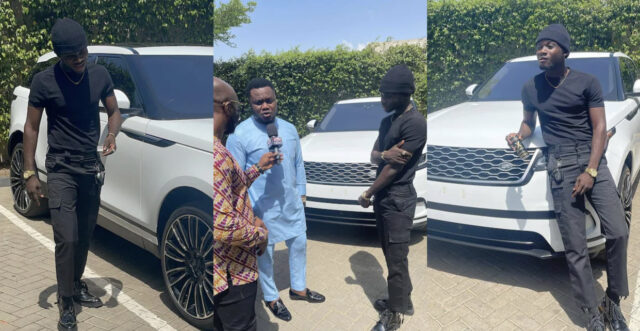 Lynx entertainment signee Kuami Eugene has received one of the biggest award from Dr. Kwaku Oteng.

Kuami Eugene we all know is the brand ambassador for adonko next level energy drink and per what we saw in the video, he has put in much effort after he was called to hold the ambassadorial deal for the drink.

He said in the video after receiving the award that he is going to take the adonko next level to another level.