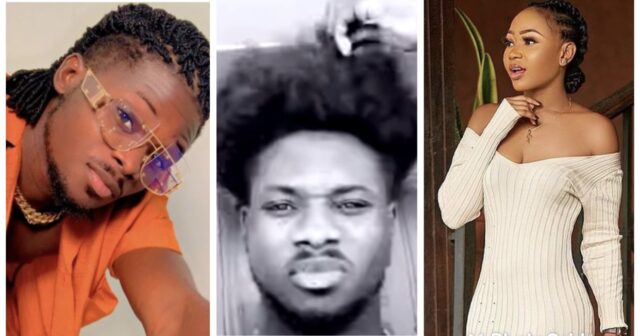 Kuami Eugene has been captured in a viral video without his Rasta.

When Akuapem Poloo’s issue was popping up, a lot of celebrities pleaded on her behalf but when thing didn’t work out Kuami Eugene promised to cut of his Rasta as a sign of love.

Well, in his latest video sighted by 360ghnews.com, Kuami Eugene was seen without his Rasta.

In other words Kuami Eugene has kept his promise and has shown he love Akuapem Poloo.