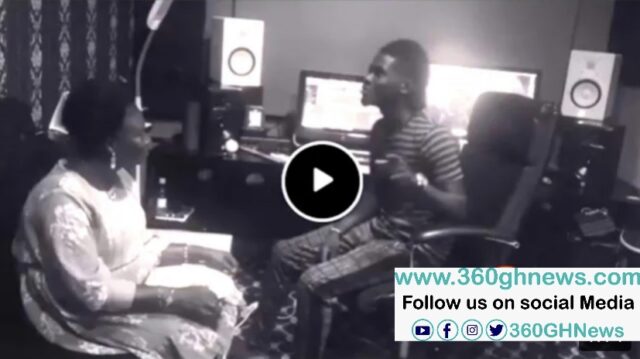 Well known Ghanaian musician Kuami Eugene has melt the heart of his mother on this Sunday after they returned from church.

According to him in the caption he gave to the video he posted on his Instagram page, his mother asked him to give him a freestyle after they returned from church.

And he did so.