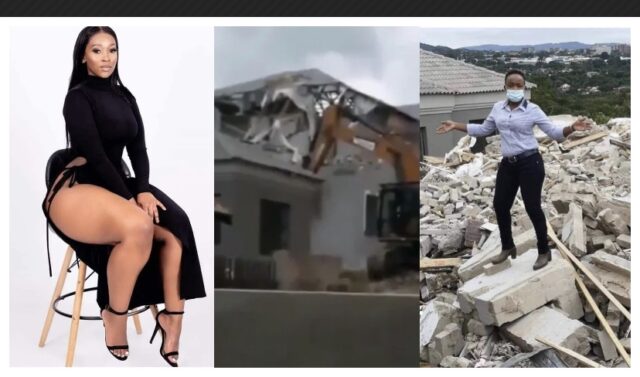 The young lady whose house was demolished by her ex-boyfriend that after she ended their relationship, has surfaced in a now-viral photo, posing on the debris of the house.

Latestnaija reported some days ago that a South African businessman demolished the house he built for his girlfriend after she broke his heart.

A media personality shared the story on social media explaining that the man built the house for his bae when their relationship was still sparkling.

However, after calling it quits with him, the businessman who could not regain ownership of the house because he built it in his ex-lover’s name, decided to demolish it.

The affected lady has now gone savage and staged a photoshoot session on top of the remains of the building, posing in different styles. 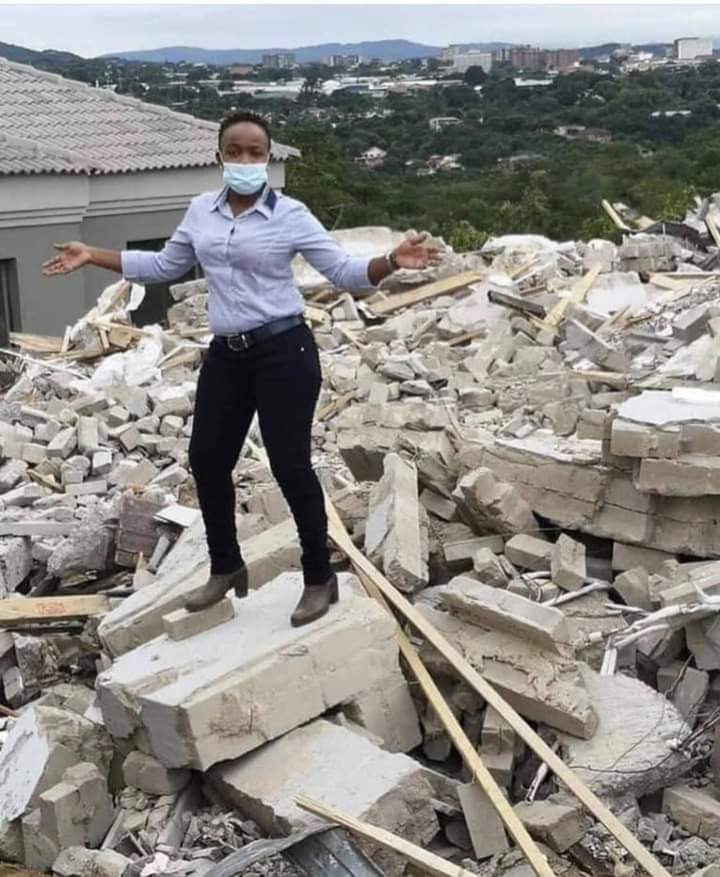 A business man called in an Excavator and TLB to demolish a house he built for his girlfriend after she broke up with him( Video in the replies) pic.twitter.com/IUbk9Z7WjV