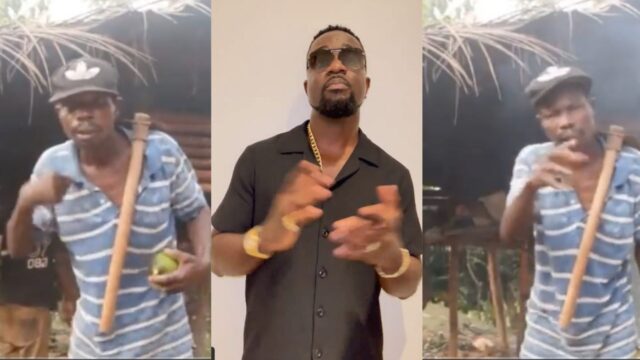 Sarkodie promises to meet a 50-year-old farmer seen in a video rapping one of his old lines.

Rapper Sarkodie has reacted with admiration to a video of a 50-year-old farmer rapping one of his old lines with so much accuracy.

This farmer is seen dropping the lines of Sarkodie’s old track “Politics” which the rapper released in 2016.

Sarkodie admitted that he has forgotten most of the lines thus it was intriguing for him to see a relatively old farmer dropping the lines with so much accuracy….even with a different rendition.

Therefore, the Sarkcess CEO has expressed a desire in meeting the old man. He has also said he intends to give in a gift.

The “Politics” track was one of the politically-induced tracks released by Sarkodie between 2013 and 2016 when the rapper was tryna to use his songs to talk about the ills in the country and to charge leaders to do better.

“I can’t even remember these lines back to back I’m touched … if someone can link me to this man I want to give him a gift … Bless him,” he wrote. 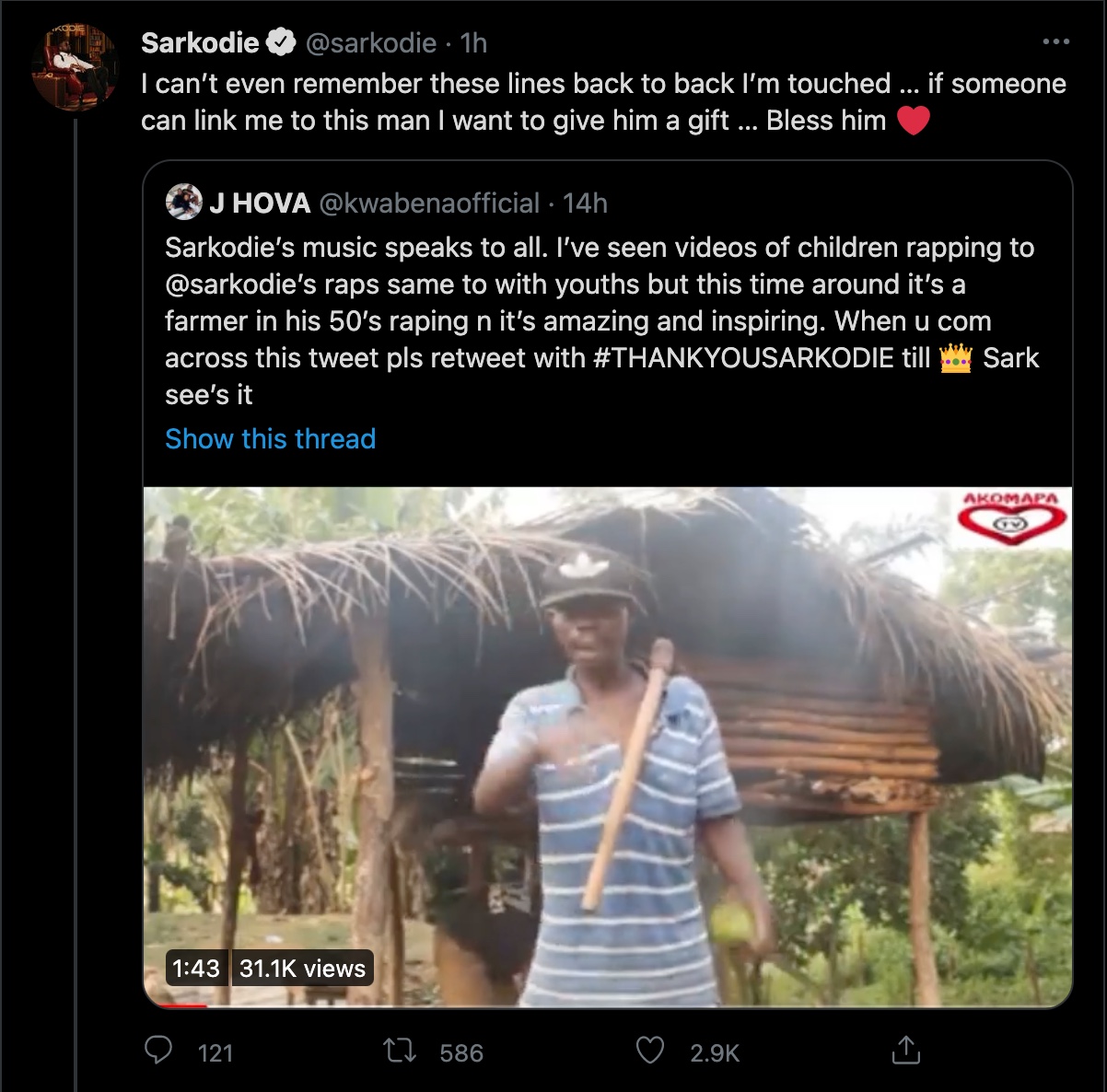