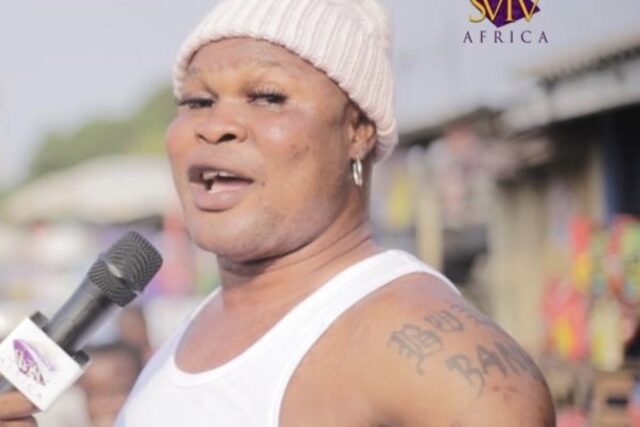 Ghanaian boxer, Bukom Banku has revealed that former President John Dramani Mahama has promised to buy a golden coffin for him to use for his mother’s burial.

Bukom Banku previously told Asempa FM that her mother had died after years of suffering from an unknown illness.

“I am on my way to Koforidua, my mother has died this morning at the Koforidua hospital…she had been battling for her life for the past 17 years and it has not been easy, we are three and I am the firstborn so I have been taking care of her but this morning I received a call that she has passed on.”

In this fresh interview with SVTV Africa, he noted that he would prefer a golden casket for his late mom and Mr. Mahama has promised to get him that.

According to him, he won’t be spending a pesewa on the funeral because his rich fathers in the country will take care of everything.

“I told Mahama that I want a golden coffin for my mother’s funeral. I will not spend [any money on this funeral because my fathers are there,” Bukom Banku said.

He further noted that he’ll do everything to ensure his mother is buried in Accra where most people know him.