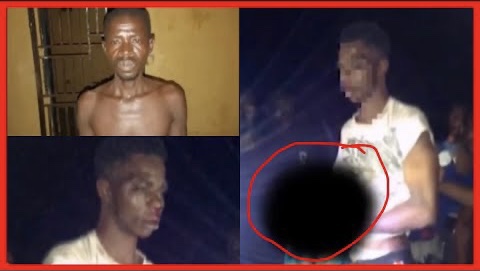 Police in the Volta Region has arrested a 25-year-old man in possession of a freshly severed human head at Mafi Dove in the Central Tong District.

The suspect is reported to have k!llęd and decapitated a 12-year-old boy for ritual purposes. He was apprehended by residents who traced the blood trail to the establishment of Filda Ekpe, a prophetess where they met the suspect with the head in his hand.

Amos Alose, the Unit Committee Chairman told the press that they heard noise from some agitated residents and went closer.

Upon confrontation, the suspect confessed to have committed the crime on the request of the prophetess to be used in a money ritual for him. When asked where the body is he told the crowd he had dumped it in a nearby river.

He has since been handed to the Battor-Aveyime Police Command to assist investigations.