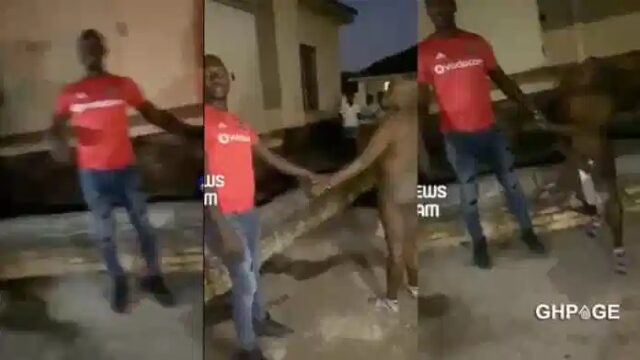 According to a source, the man believed to be in his late 30s has been having an affair with this married lady for some time now.

Sources say the husband of the woman was tipped by some people making him mount surveillance. It’s said that unfortunately on the part of the lover, he was caught by the woman’s husband in the act ‘chopping’ her. The angry and furious husband pounced on him and subjected him to severe beatings.

“This person, I spoke to him nicely and he refused. I wanted to talk to him and he tried to run away,” the angry man told the little crowd that had gathered.

Watch the video below: Man beaten mercilessly after he was caught chopping another man’s wife.