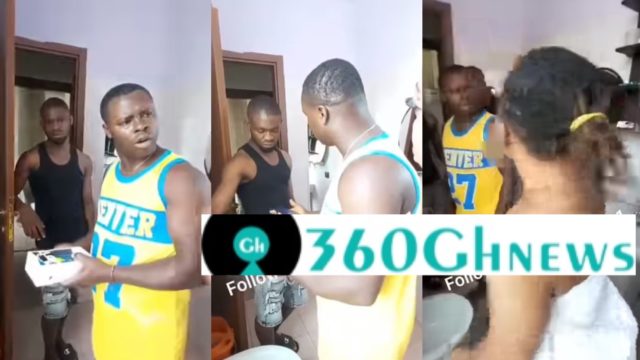 Unidentified Nigerian young man has been napped after filming his best friend wife in their bathroom.

Watching from the video one could see that the wife was the first person to see the phone which was hidden while filming and she alert her husband.

When the man got to the bathroom he said that he know the owner of the phone which happened to be his best who he helped when he was homeless.

So after he called the friend to come over, the men quizzed his friend why he chose to video his wife after helping him.

But looking at the friend’s facial expression nothing shows it wasn’t his intention to film his friend’s wife.

The lady wanted to beat up the young man but her husband didn’t allow her.

Watch What This Lady Is Doing

‘Salma Mumin is A Liar, She Should Apologise To Us Or...