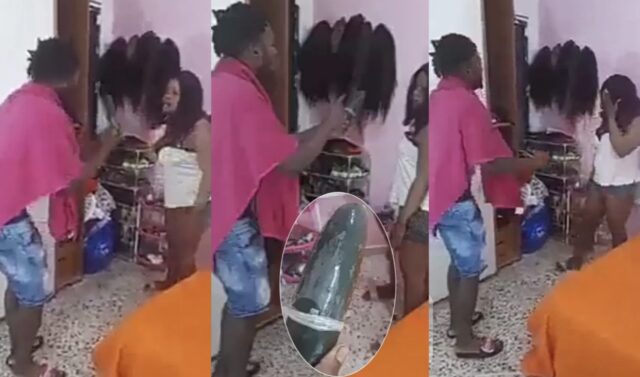 Apparently , the Unknown Young man saw the object, Cucumber, in the room of his girlfriend and confronted her of its usage, because it was wrapped with C0ndom

The Usage of Cucumber has gone beyond its “vegetability” ,but recently ,there is evidence some Young girls used them for m@sterbati0n

From the Video Sighted by Pedawan.com, the Young lady denied using it for the purposed she is being accused of,but it was obvious the Young man was furious while exchanges words with her